St. Mark’s Church began as a Church School group led by Mr. Thomas S. Kennedy.  Mr. Kennedy led the group for twenty years, but in 1891 the Diocesan Missionary, the Rev. W. G. McCready, organized St. Mark’s Mission. The lot where the church now stands was purchased in 1895, and the first service was held that year on June 12. 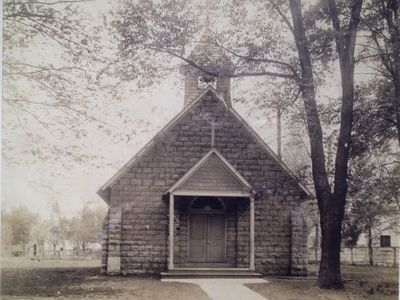 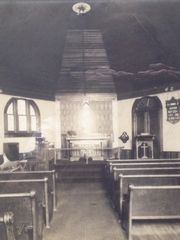 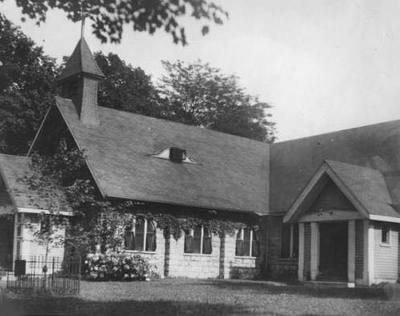 The Rev. Richard L. McCready became the first rector in 1906 and the parish began to grow rapidly until it became self-supporting in 1910. The Rev. McCready resigned in 1917 to become Dean of Christ Church Cathedral.

Under the 35-year ministry of the Rev. William H. Langley, Jr., St. Mark’s parish grew from 476 communicants and 172 families to 953 communicants and 480 families. During this period, the church needed more space to accommodate one of the largest congregations in the diocese. The Rev. Langley’s missionary zeal included foreign and domestic missions, and the mission of the Church in the Diocese of Kentucky.

When the Rev. Langley retired in 1969, the Very Rev. Mainert J. Peterson from the Panama Canal became the fifth rector of St. Mark’s. His ministry was marked by a vigorous Christian Education Program, an enhanced music program, and community outreach. In 1974, St. Mark’s became a center of outreach for local victims of one of the most devastating tornados to ever come through this area. One such outcome of this outreach was the formation of United Crescent Hill Ministries.

The Rev. Stewart M. Joy assumed his duties as rector in 1982 after the Rev. Peterson’s retirement. The Rev. Joy had been serving as an assistant to the Rector since 1958. During his tenure, a new, locally built organ was installed and the freestanding altar was added.

The Rev. Wayne Yeager joined St. Mark’s in 1988 as only the seventh rector in the church’s 108-year history. He served until his resignation in 1999.

The Rev. Dr. Charles Hawkins was called to serve St. Mark’s as rector in August 2000. He served until his resignation in 2013. He was succeeded by The Rev. John Stonesifer, Interim Rector until May of 2015. The Rev. Whit Stodghill served as Priest-in-Charge through the spring of 2016 pending selection of a new Rector.

The Rev. Candyce Loescher was welcomed as the new rector in July of 2016. She had previously been the rector at St. Mary's Episcopal Church in Madisonville Kentucky.

Click this link to a story in the Courier-Journal from August 21st, 2016 that contains a good deal of historical information collected for the 125th commemoration of St. Mark's along with a re-dedication of the memorial fountain and cross in the front yard.